The Evolution of a Palate – Tim Gaiser 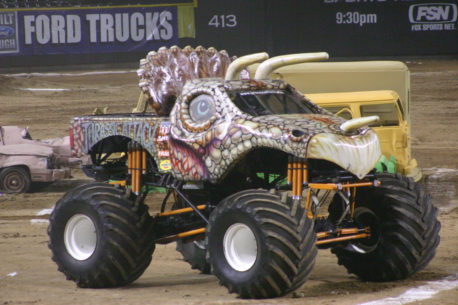 Find below a very interesting article by Tim Gaiser

The Evolution of a Palate Everyone, hope you’re having a good summer. It’s been a busy one on this end. Between work, travel, and our getting ready to move, there’s been precious little time to write. To point, after living in San Francisco for 32 years, Carla, Patrick, and I are moving back to New Mexico at the end of the month. Carla and I are originally from N.M. and we’re moving back to the Albuquerque area be near family and to also be able to actually buy a house, something virtually impossible given the current San Francisco real estate market.

The following then is a re-post of one of my favorite pieces from several years ago. I hope you like it. I’ll be writing the next post from the “Land of Enchantment.”

The Evolution of a Palate

“A man loves the meat in his youth that he cannot endure in his age.”

Some years ago, I interviewed Yosh Han, an internationally known custom perfumer. Like previous interviews with wine industry colleagues, I wanted to deconstruct Yosh’s internal strategies for olfactory memory given that the range of possible aromas for perfume is exponentially greater than wine. I wasn’t surprised to discover that Yosh’s strategies for remembering aromas were entirely based on visual and similar to most of the wine professionals I’ve interviewed. In a second session, Yosh helped me create my own personal scent. We started with more than 50 vials of different aromas. Over several rounds, I narrowed down my favorites to just seven: peppermint, rosemary, violet, waves (marine note), aloe, night queen (jasmine), teak, and something called washed suede. Yosh then blended them and tweaked the percentages until we both liked the results. The final scent, at least according to my wife Carla who knows infinitely more about perfumes and essential oils than I ever will, is a unisex scent that could be worn by either men or women. For the record, she likes it—a lot.
​
Afterwards I asked Yosh what aromas she liked best; what were her favorites. I wasn’t surprised to hear her say that she liked practically everything as long as it was of high quality. She immediately asked me what kinds of wines I liked best and I had to give the same answer; I like practically any style of wine as long as it’s balanced and made well. But that hasn’t always been the case, and that got me thinking about how my tastes in wine—my likes and dislikes—have changed over the last 30-plus years. It also made me ponder how one’s palate undergoes an evolution of sorts over time. With that in mind, here’s a completely un-researched, undocumented, and otherwise reckless account of the evolution of a palate. Phase I: Katy Perry
​
Wine as liquid confection. The wines from Phase I are often pink or white in color and slightly-to-moderately sweet in style. Recently we’ve had Muscat in all its various forms as well as a new category of sweet red wines. Both initially left the industry scratching its collective head while scrambling to get tanks filled and labels catchy enough to be commercially appealing. It seems as if every generation finds a way to give itself permission to drink fruity and slightly sweet wines and the Moscato/sweet red thing is no exception. That’s simply because most of us, self-included, started in the way back machine of our wine careers by initially drinking wines that were off-dry to quite sweet and hopefully balanced by enough acidity so as not to resemble, well … Katy Perry. For me those were ‘70’ incarnations in the form of Lancer’s and Mateus rosés, odd vinous creatures called “wine coolers,” and the likes of Blue Nun, Reunite Lambrusco, and White Zinfandel. Not surprisingly, most were mass-market brands produced by entities possessing the mega-funds to promote on TV and in print media. Don’t get me wrong, everyone has to start somewhere and remember that anyone drinking any kind of wine is good for the industry. At this juncture, it’s only fitting that I quote my Mom who once said, “It takes all types to fill up the freeway.” And of course, she was right. Ultimately though one hopes that the Katy Perry crowd moves on to at least Phase II. But if they don’t it’s all good; no harm no foul. Editorial note: I am NOT bashing Rombauer Chardonnay or the good people at the Rombauer winery in any way, shape, or form here. They make good wine and they do a good job. Everyone should be as successful. Got it? Good. Moving on.

What does Rombauer Chardonnay have to do with Phase II of the evolution of a palate? Simple: it’s all about novice drinkers graduating from innocuous, sweet mono-chromatic wines to a full-bodied single varietal wine with layers of intense fruit and the first taste of new oak, the latter of which will likely become the crack of their wine drinking world. Inhabitants of Phase II also usually become very interested in what they’re eating in terms of quality; this despite the fact that they will consume mass quantities of Chardonnay with any and everything including red meat. Eventually many in the Phase II club will crave for even more intensity and discover red wines. And like every toddler boy who first learns to walk, they won’t walk but will instead race full-bore, pell-mell directly into …. Cabernet Sauvignon! Having developed a serious oak habit wine now becomes a full contact sport for newly minted members of Phase III. More often than not, it’s a guy thing–no make that a group of guys thing as in a group of guys in the backyard having just consumed half a grilled steer and the better part of case of very expensive Cabernet. Now they’re moving on to cigars, Port, and the inevitable and emotionally awkward, “I love you, man” moment. For denizens of Phase III, if it doesn’t have 15-plus percent alcohol it’s not wine. They tend to eat lots of red meat and often develop a serious fortified wine habit because after all, Port is really loud wine too! Needless to say, the hangovers experienced by Phase III members can be legendary. The discovery of amaro is therefore common in this phase and often a medical necessity. I discovered Fernet Branca while in Phase III and it saved my life on just such an occasion. Alas, parenthood and advancing age can take their toll on members of Phase III. But a certain percentage of them experience a life-altering vinous moment at some point and move quietly into Phase IV. In Phase IV the wine drinker moves from full contact to nuance because of a beautiful sadness of life moment usually in the form of a great bottle of Burgundy. Instantly wine goes from collision to filigree and along with this blinding light moment often comes the realization that the “where” of a wine can be more important than anything else. Such mystical moments sometimes occur while traveling to so-called sacred vinous environs such as Burgundy, Jerez, and the like. Initiates of Phase IV also cross an invisible line from “eat to live” to “live to eat.” Planning dinner while having lunch is a common affliction. Potential downsides to Phase IV often involve becoming a hopeless and equally insufferable Francophile snob with the victim never returning to a balanced vinous state. Extreme cases involve joining various wine societies or clubs that require secret handshakes, wearing pastel sashes with medals and ribbons, and even—god forbid—the donning of long Obi Wan-like robes. With their recent spiritual conversion, Phase IV rangers are notorious for demeaning big-ass Cabernets—the same big-ass Cabernets they were only recently hoovering at an alarming rate. Further, they may take to slamming any wine for having too much alcohol or for not being authentic, whatever the hell that means. Ahem. Phase V is really an extension of Phase IV. Here the individual has their first great Riesling experience and with it the blinding realization that wines with residual sugar can be cosmic—as great as any wines on the planet. Moreover, these same delicate, slightly sweet, and acid-crazy wines are among the most versatile food wines that exist. Phase V regulars often drink more white wines than red and crave what is in reality insane levels of minerality and acidity, regardless of what’s in their glass. But they also “get” simply made country wines with the right intensity of fruit and a good acid balance (that acid thing again). And if they haven’t discovered Champagne and top quality sparkling wines (think Franciacorta) in Phase IV, they do so with a vengeance in Phase V. Italy looms large for red wines in Phase V for the acid/minerality thing. Oddly enough, Phase V’ers will put up with higher levels of VA and brett to get their fix.

Phase VI: Even the Irish

The above quote from the brilliant Mel Brooks movie Blazing Saddles, one of my three all-time favorite movies. Those who make it to Phase VI have traveled full circle in palate evolution in that they like practically every kind of wine as long as it’s well made; from shockingly acidic Brut Zero Champagnes to bone dry and austere VORS Palo Cortado Sherries to pyrazenic Cabernets from Coonawarra to VA-laced old school Barolo to decadently succulent TBA’s from Austria or Germany. Everything! As Mayor Olson Johnson of Rock Ridge once did say, “Aw, prairie sh*t. Everybody!”