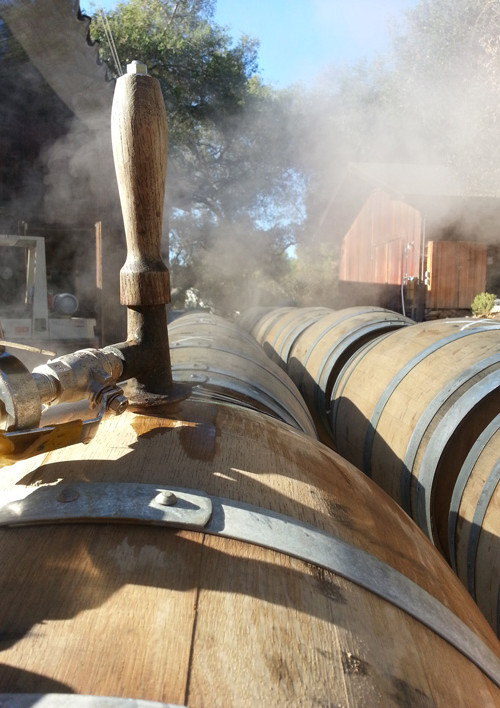 In recent years it’s become quite fashionable for savvy consumers to make a point of seeking out “all natural” products – and who can blame them? Although artificial flavors and ingredients typically have no stand-alone appeal, for many of us the answer boils down to a simple question of economics: items designated as “all natural” are oftentimes much more expensive than their artificially enhanced counterparts. While we all do our best to make good and balanced decisions, it’s important to keep in mind that even if you are willing to pay more for (supposedly) higher quality products the labeling on these items can be deceptive! For example, did you know that if an ingredient list states “natural vanilla flavor” there probably isn’t a single drop of vanilla from an actual vanilla bean contained within? Instead, the “natural vanilla flavor” was most likely synthesized from wood pulp.

In my work as a winemaker, I struggle with these same issues every day… which invites the discussion of a controversial topic that some folks consider to be unnatural and potentially harmful: the use of sulfites!

In ancient times, vintners noticed that aging their wines in used barrels sometimes caused them to spoil. Eventually they discovered that this was due to the residue of old wine (left behind in the tiny cracks and pores of the wood) turning to vinegar, thus ruining the new wine. After much trial and error, someone figured out that by simply burning a chunk of elemental sulfur in a used barrel, that barrel remained “sweet” – in other words, any remnants from the previous vintage were “preserved” and the new wine was left unharmed. The science behind this is actually rather simple: burning sulfur in the open air creates sulfur dioxide (i.e. sulfites) which is now understood to effectively control vinegar bacteria. Today, when a new wine is put into a recently sulfured barrel it can pick up 20 parts per million (ppm) of sulfites and this not only staves off vinegar but also helps to preserve freshness and color.

In the 1970’s it became popular in America to use excessive amounts of sulfites in salads sold at fast food restaurants. It was spellbinding to watch as the sulfites did their job, instantaneously turning wilted brown iceberg lettuce into something “fresh” looking. Poorly trained workers unfortunately used way too much of the stuff, sprinkling hundreds of parts per million of sulfites over produce that was already well past its prime. Not surprisingly, some diners developed horrible allergic reactions to such massive doses of this otherwise innocuous preservative – thus ruining the reputation of a useful winemaking compound in the process.

In my quest of crafting wine I have found that sulfites are helpful, but not always necessarily wonderful. Sure, one must protect good wine from turning into vinegar but in general I’m of the opinion that sulfites damage a wine’s overall quality if used in anything but tiny quantities. Large amounts can block the maturation and aging of wine in the barrel, potentially leading to a bitter and hard taste. As such, our long-standing policy here at The Ojai Vineyard has been to use shockingly small amounts of sulfites in everything we produce. With a little extra planning and careful attention to detail we’ve managed to avoid any major disasters in the cellar and I believe our wines have thus far benefited from this practice.

To illustrate and further understand exactly how sulfites affect the aroma and flavor of wine we conducted a little experiment with our 2011 Syrah from John Sebastiano Vineyard – a magical piece of land straddling the eastern boundary of the cool Santa Rita Hills appellation of Santa Barbara County. The wine itself was made without using any sulfites at all; in August, 2012 we moved the sulfite-free wine from oak barrels into a stainless-steel bottling tank. After bottling half of the wine, we stopped to add some sulfites before bottling the rest. (Lab results later confirmed that the unsulfured lot has no detectable sulfites while the sulfured lot has approximately 20ppm.)

Two interesting and delicious wines, both of them big and distinctive – the perfect showcase for Sebastiano’s fabulous new vineyard! (For my taste, the sulfured lot possesses a more compelling aroma while the non-sulfured lot features a wonderful texture.)