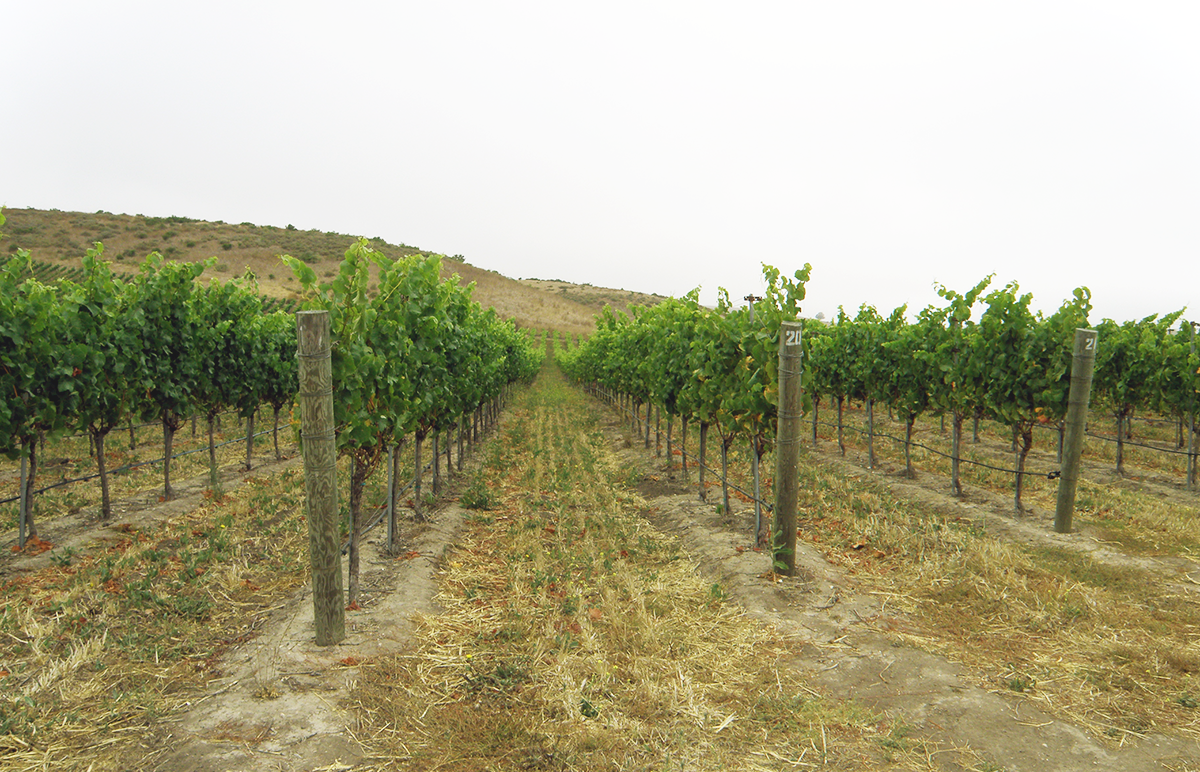 For aficionados of Santa Barbara County wine (and Pinot Noir in particular), we have some exciting news: Fe Ciega Vineyard, a luminary planting within the Sta. Rita Hills, has a new owner as of January 2021. The 9-acre vineyard and 43-acre property will now be tended to and farmed by Adam Tolmach, winemaker/proprietor of The Ojai Vineyard, which has produced a Fe Ciega Pinot Noir since 2003.

Fe Ciega was planted in 1998 by Rick Longoria, who produces Fe Ciega Pinot Noir for his own winery, Longoria Wines. The vineyard name was originally called Blind Faith (from rock music fame), but because the name was already copyrighted, Rick chose the Spanish translation: Fe Ciega.

The history of the vineyard began when Rick attended a luncheon at Sweeney Canyon Vineyard, out in the western end of the Sta. Rita Hills near Lompoc. He gazed at the hills above that property and remarked to the fellow next to him what a perfect vineyard site he could picture there. The fellow, Hank Klehn, said he owned that property, and not long after he invited Rick to design, plant and grow a vineyard for him—with Rick as the exclusive buyer.

When it looked like the vineyard was going to produce more fruit than Rick could use, he asked Adam if he was interested in purchasing a portion of the fruit, but Adam hesitated. He was already making a lot of wines at The Ojai Vineyard. Then he got his first glimpse of the property, and knew it would be a fantastic endeavor. 2003 was the first year Adam bought the fruit, and as the vineyard matured, Bill Wathen of Foxen Vineyard and Winery also became an annual buyer. 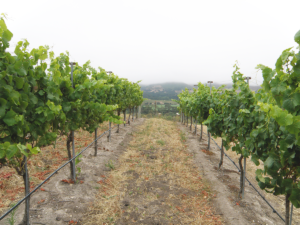 Fe Ciega has always been a vineyard with a wild and distinct personality, thanks to its endowments of soil and climate. Located out on the western end of Sta. Rita Hills, it’s just west and across that Santa Ynez River from the seminal vineyard of the appellation, Sanford & Benedict. The soils are predominately the Tierra series, a light clay soil over a fractured shale and sandstone base which drains well and is alkaline in its deepest layers.

A south-facing sloped mesa elevates the vineyard just above and next to the western bends of the Santa Ynez River, and that riverbed ferries cool Pacific breezes and fog over the area. These influences buffer the southerly exposure and latitude of the vineyard, such that Pinot Noir here combines power with savory complexity and acidity. For that reason, this patch of the appellation is sometimes referred to as the “Pinot bowl”; other vineyards within view of Fe Ciega include La Encantada, La Rinconada, Sea Smoke, Mt. Carmel, Bentrock, and Radian. 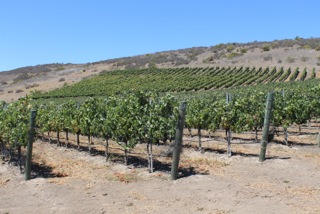 Future plans for Fe Ciega include a conversion to entirely organic farming practices, along with optimizing the vineyard’s resilience to drought vintages. While there are no immediate plans for further planting, there are a few more acres that might be utilized. There is a chance one day of a modest planting of Syrah, or a trial block of Dr. Andy Walker’s new Pierce’s Disease resistant varietals (which Tolmach farms on his estate in Ojai).

On this new undertaking, Adam says, “It’s a thrill for Helen and I to be the new owners of this iconic site for Pinot Noir. Hank and Brenda Klehn were wonderfully supportive of Rick Longoria’s work and were convinced that Helen and I were the ones to carry on their legacy. It’s an awesome responsibility but I’m delighted to take it on!”